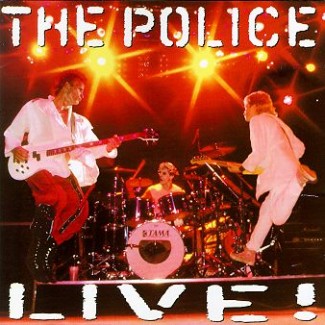 CD 1
Next To You
So Lonely
Truth Hits Everybody
Walking On The Moon
Hole In My Life
Fall Out
Bring On The Night
Message In A Bottle
The Bed’s Too Big Without You
Peanuts
Roxanne
Can’t Stand Losing You
Landlord
Born In The 50’s
Be My Girl/Sally
CD 2
Synchronicity I
Synchronicity II
Walking In Your Footsteps
Message In A Bottle
O My God
De Do Do Do, De Da Da Da
Wrapped Around Your Finger
Tea In The Sahara
Spirits In The Material World
King Of Pain
Don’t Stand So Close To Me
Every Breath You Take
Roxanne
Can’t Stand Losing You
So Lonely

Produced
by Andy Summers for The Police

The Synchronicity concert was originally recorded at The Omni in Atlanta,
November 1983. Audio recording engineer was Eddie Offord. Originally
mixed by Tim Summerhayes at Odyssey Recording Studios in London and
by Pete Smith with assistance from Chris Stone at Utopia Studios in
London. Post audio by Bob Predovich and Paul Massey from Masters Workshop
Corp., Toronto, Canada.

The Orpheum Concert was recorded and broadcast live by WBCN, Boston, November 1979.