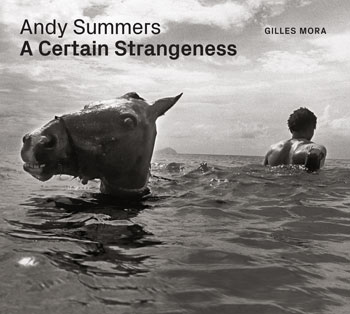 Andy Summers, former guitarist and composer of the legendary band The Police, has built a unique photographic body of work to parallel his musical oeuvre. According to Summers, these photographs constitute the mental and visual counterpart of his music, marked by a complex melodic search and harmonies of rather melancholic and even convulsive colors. Summers compares these autobiographical photographs to tearing the pages of an intimate diary and reconfiguring them into a new visual syntax. The title a Certain Strangeness is borrowed from the poet Coleridge, Summers saying that the phrase succinctly sums up the quality in a photograph that opens the eyes wide. Andy Summers has previously  made several books of photography. 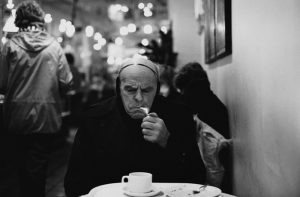 Designed by Gilles Mora, in close collaboration with the artist, this book presents the most creative visual work of photographer/musician Andy Summers, including many unpublished images. A long autobiographical text by Summers tells of his passion for photography. A text by Gilles Mora situates Summers’s photographic work in American modernist photography.