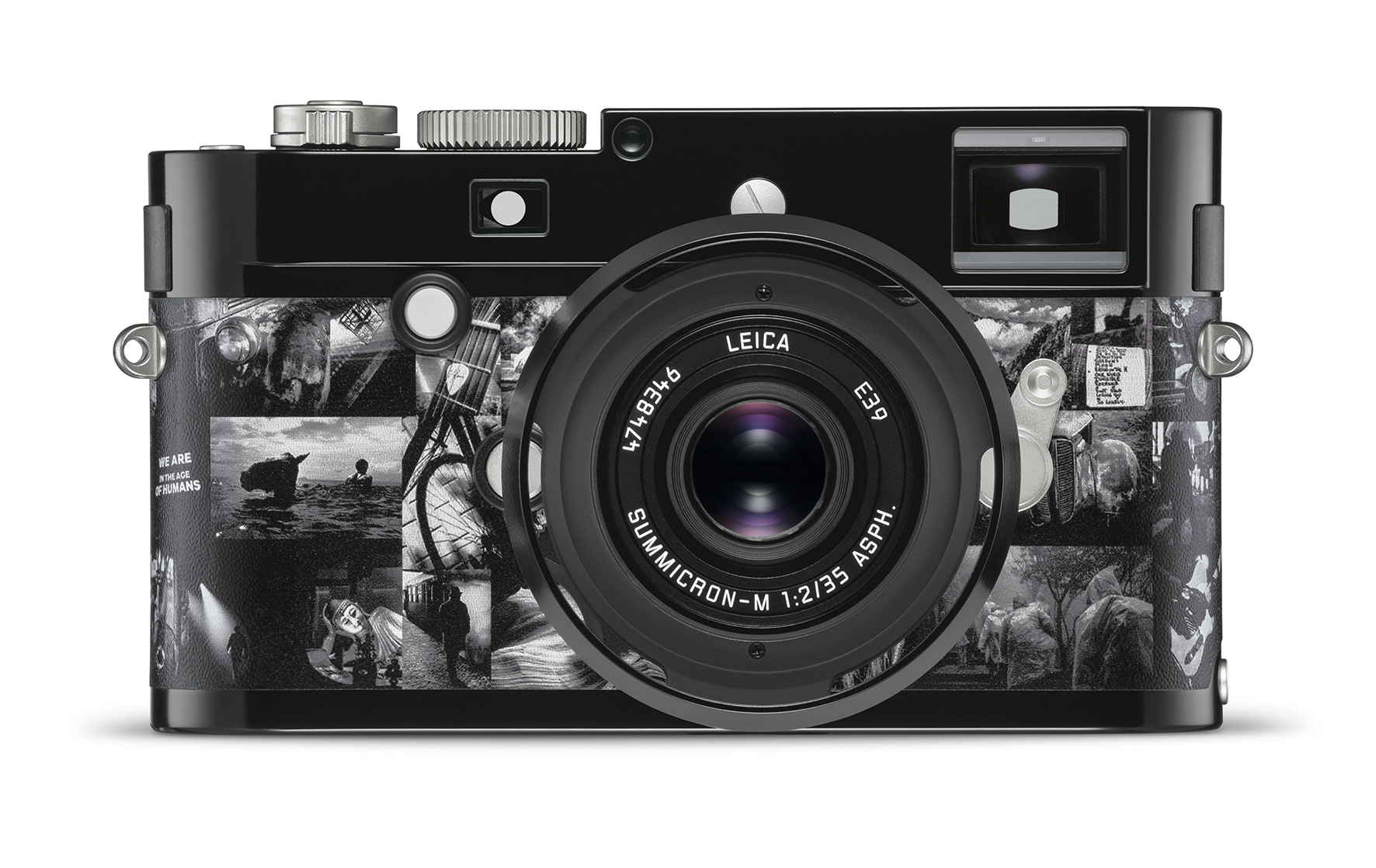 Both sets are limited to 50 pieces worldwide, and encapsulate a perfect marriage of two instruments of art: a guitar and a camera.

A flawless union of supreme craftsmanship, rock ‘n’ roll and photography comes to life with the introduction of Leica and Fender Custom Shop’s limited-edition camera-Stratocaster® guitar pairing. Created in collaboration with Andy Summers, an accomplished photographer, former member of the Grammy® award-winning, Rock and Roll Hall of Fame-inducted band The Police and one of the greatest guitarists in the world, the LEICA M MONOCHROM “Signature” by Andy Summers camera represents a striking synergy of music and photography. 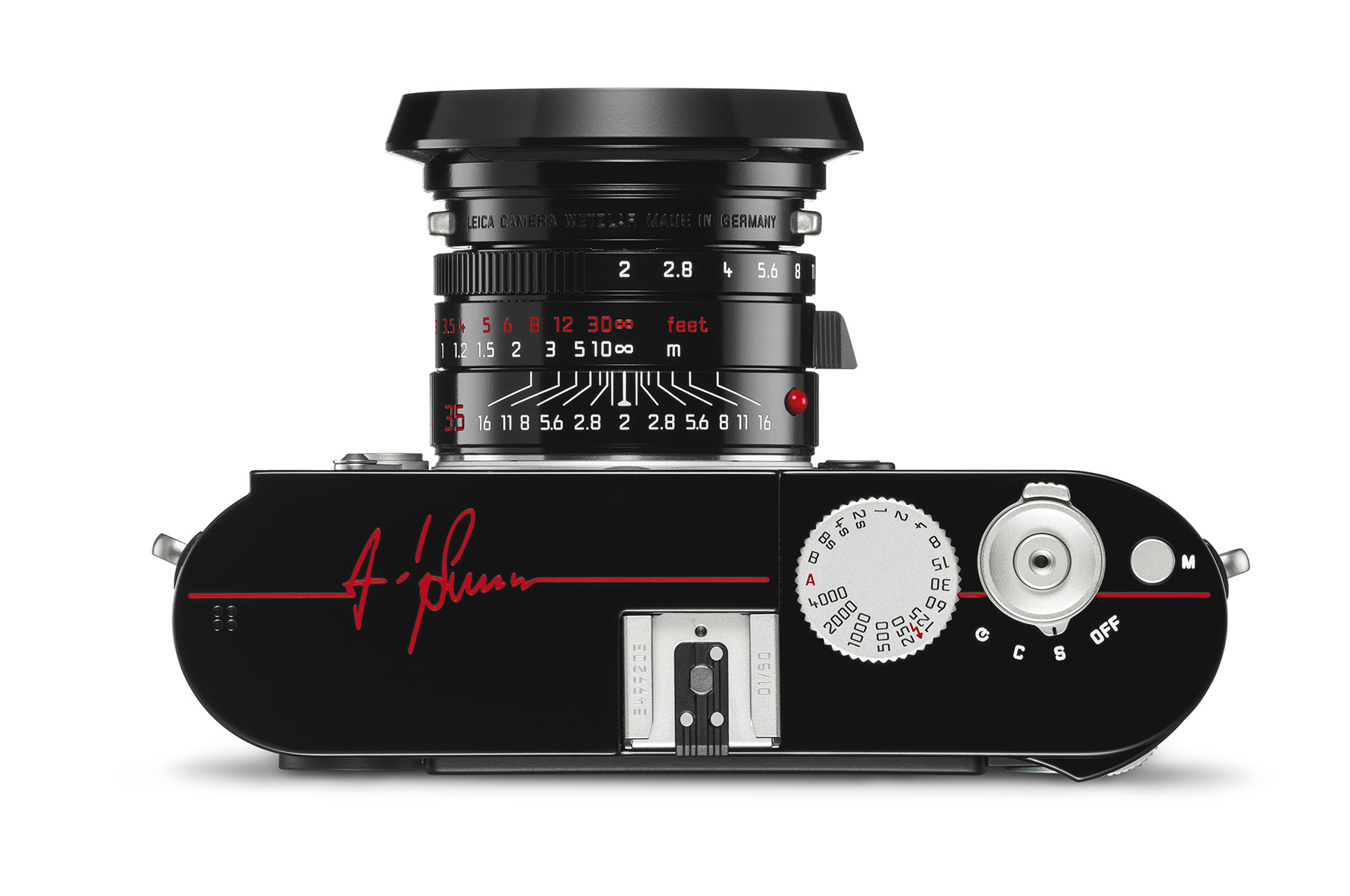 A true virtuoso of his craft, Summer’s latest album, Triboluminescence, showcases his versatile abilities to perform remarkably with an array of instruments including the guitar, bass drums, banjo, keyboards and more. Summers, a renaissance man, can stay in-tune with not only musical instruments, but photographic instruments as well. A world class Leica photographer, Summers has worked with photography for 36 years, even developing a number of books and exhibitions to showcase his work.

Mirroring Leica’s dedication to unparalleled craftsmanship, well-known manufacturer of stringed instruments and amplifiers Fender, as well as the Custom Shop, have a long tradition of building signature guitars as a tribute to some of the world’s greatest musicians. Fender is currently launching a special Andy Summers MonochromeStrat® in collaboration with the legendary guitarist. 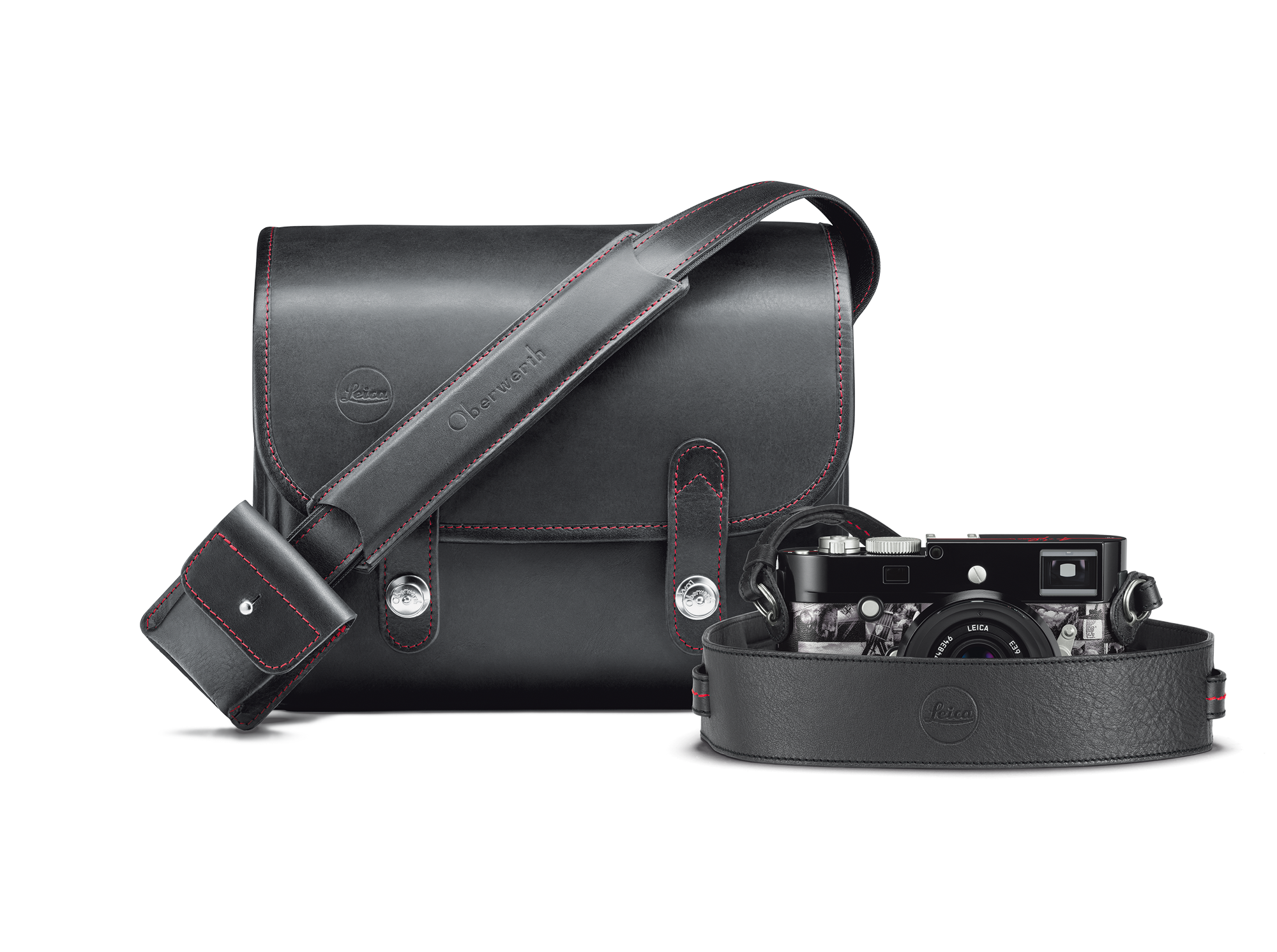 To honor Summer’s work, and as a complement to the guitar, Leica created the LEICA M MONOCHROM “Signature” by Andy Summers. The limited-edition camera features intricate design elements from the Andy Summers Monochrome Strat, such as a leatherette that matches a collage from Summer’s legendary photo collection that also appears on the guitar and a thin red line engraving running along the side of the entire body. On the other hand, the guitar includes features of the camera, including the silver operation elements. The finished products are a true reflection of the epitome of thoughtful design expertise.

“I couldn’t be more thrilled to have the opportunity to work with two leading producers of two fundamental instruments I hold close to my heart, Leica Camera and Fender Custom Shop,” Summers said. “After all these years of being obsessed with photography and the guitar, I now have the two things together for the first time. I’ve always thought of my photographic experience as tearing pages from a book and then reshuffling the results into a new visual syntax, and the collage-forward design of the LEICA M MONOCHROM “Signature” by Andy Summers is the physical embodiment of just that.” 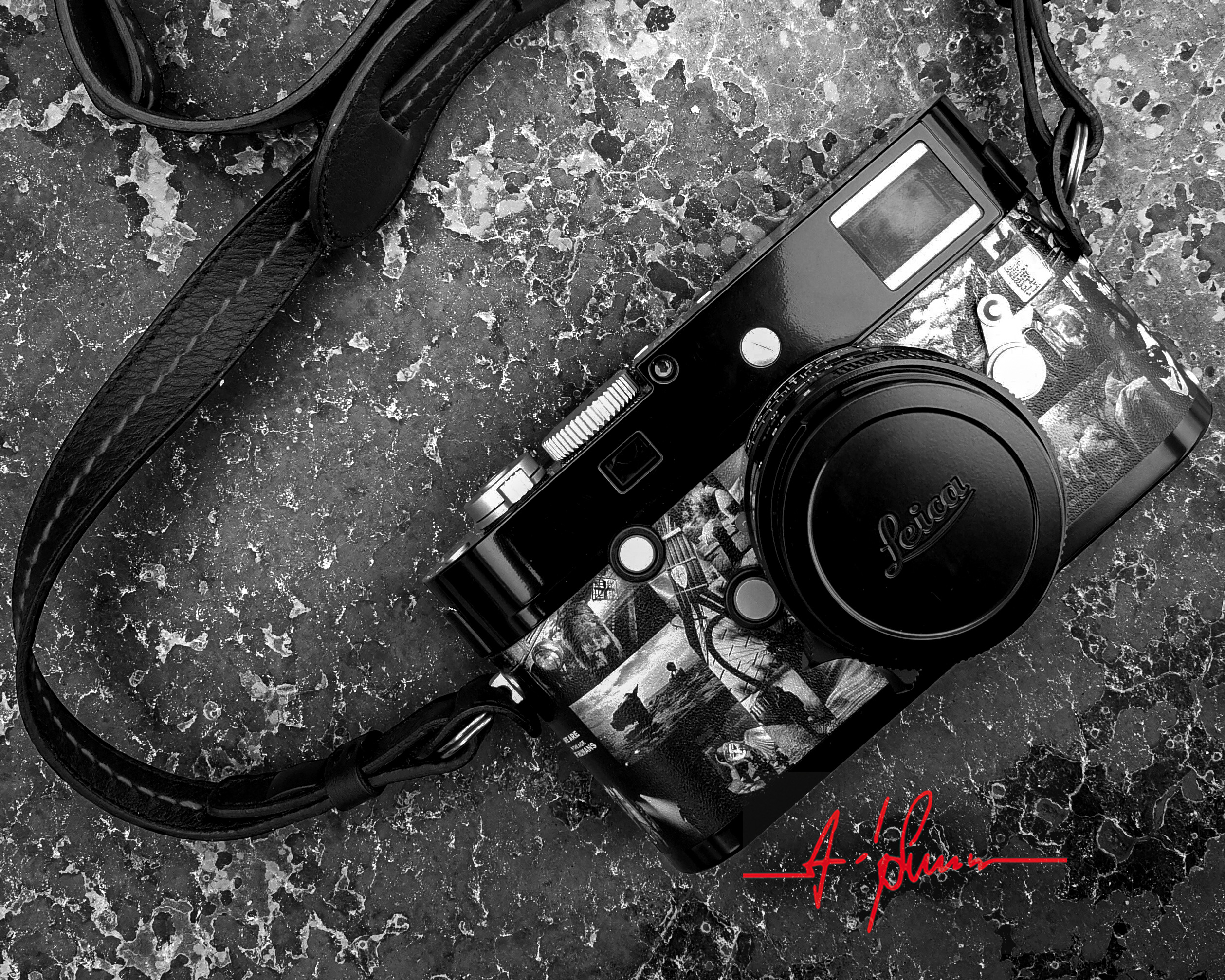 The photo collage that appears on both the camera and Andy Summers Monochrome Strat highlights stunning photographs from Summers’s collection. This includes the famous photo of a man walking his horse into the ocean, a striking image of hooded individuals captured amongst rain and mist on Yellow Mountain in China, as well as an photo of celebratory balloons that landed before Summer’s encore at a concert.

Coupled with a glossy paint finish, silver chrome operational elements and a gorgeous red line engraving on the top cap, the camera is truly a sight to behold. The set is complete with a Leica Summicron-M f/2 35 ASPH. lens – also with a glossy paint finish – adorned with a vintage round lens hood, a Fender guitar-inspired camera strap and an OBERWETH leather black system bag.

The LEICA M MONOCHROM “Signature” by Andy Summers, limited to 50 sets worldwide, is on sale now at Leica Stores and Boutiques.

For more information on the Andy Summers Monochrome Strat guitar, priced at $12,500, please visit www.fendercustomshop.com. Watch a video of Andy Summers playing “Message In A Bottle,” talks about his signature Stratocaster and Leica camera. 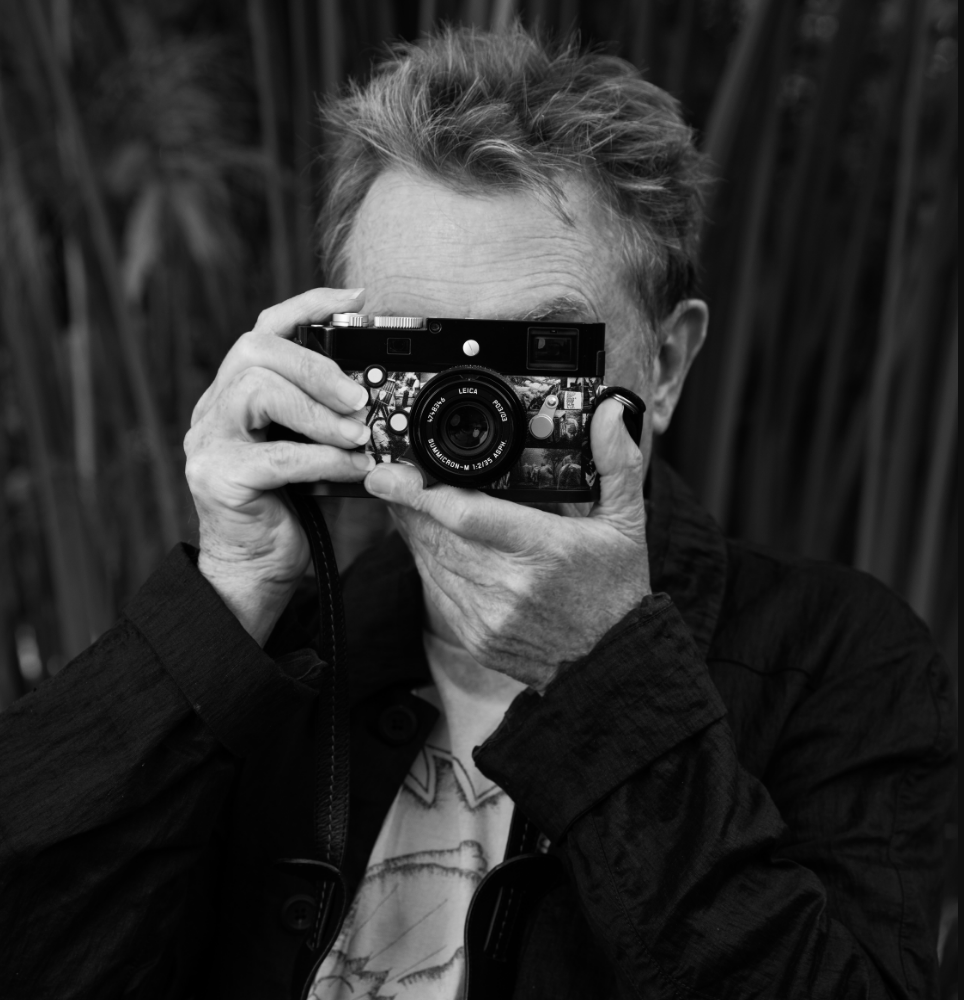