Visit the the Gallery at Leica Store San Francisco until May 27th to see Andy’s most recent exhibition: The Bones of Chuang Tzu. The series, Summers’ interpretation of China, is to be published in an upcoming book by Steidl (2018). Influenced in his early years by the writings of fourth century poet-philosopher of the wandering life Chuang Tzu, Summers creates a striking black and white visual response to elements of Chinese culture that are rapidly disappearing. During Summers’ travels, he recalled the discovery of the Naxi Orchestra in Western China, a group of old musicians whom he noticed would pass on during his following visits year after year. Many of the images within the exhibition are more abstract details that reference the sights and sounds that one experiences as a wanderer through parts of this ancient land. The finer details that Summers records include textural framework that builds a doorway, and abstract rays of light that look like guitar string.

When talking about the connection between his career in music and its influence in photography, he states, “The qualities I am looking for are musical. That is the condition. You think of music in terms of harmony, line, shape, volume, quietness, dynamics… I think all of those terms can be translated into photography.” Come experience The Bones of Chuang Tzu to learn how Summers’ brings music and photography together to unfold a careful study of the China revealed to one who wanders.

Andy Summers rose to fame in the 1970’s and 1980’s as the guitarist of the legendary award-winning band The Police and his innovative guitar sound was a key element of the band’s popularity. He first began photographing in the late 1970’s and has continued to pursue the medium ever since. 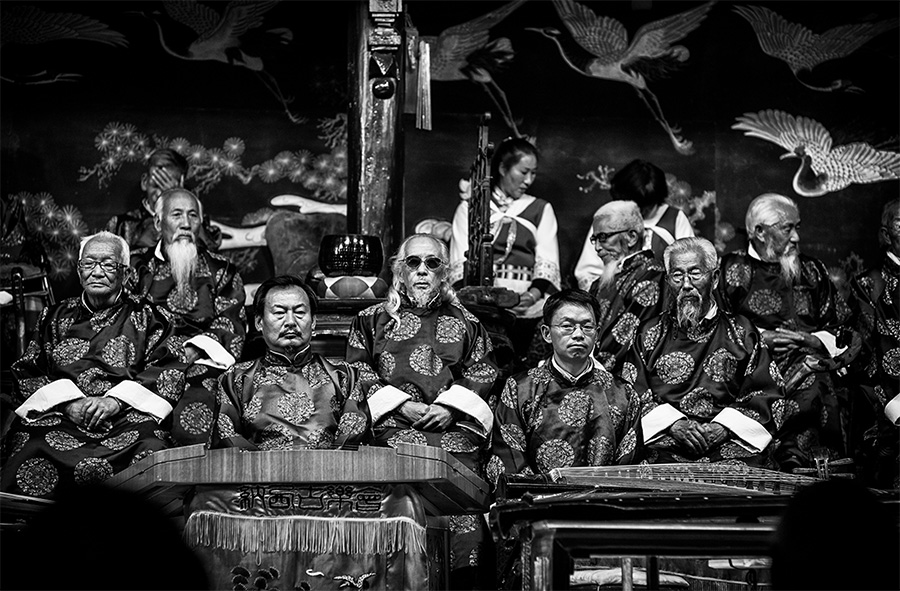