Andy Summers, the former lead guitarist of the 80s-rock band “The Police,” has a new album scheduled for release on March 24. It will be titled ‘Triboluminescence’ and released under Flickering Shadow Productions. The title is a scientific word that refers to “creating light from dark.” The album will be released on all digital platforms in the U.S. and on Amazon and Cargo Records in the U.K. 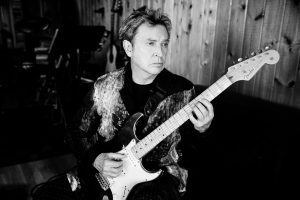