Andy will be performing his solo show, Harmonics of the Night, at the Music Instrument Museum in Phoenix, Arizona.

Tickets are available now at MIM.ORG

Andy Summers rose to fame in the early 1980s as the guitarist with the multimillion record-selling rock band, the Police. The Police were the number one band of the time and dominated the music scene and the media in the eighties with several top albums and singles, including “Every Breath You Take,” “Roxanne,” “Don’t Stand So Close to Me,” “Every Little Thing She Does Is Magic,” “Invisible Sun,” and “Message in a Bottle.” The band was the recipient of several Grammys and music awards too numerous to mention.

Andy Summers’ innovative guitar playing created a new paradigm for guitarists in this period and has been widely imitated ever since. Prior to The Police he played with various bands in the London scene including the Soft Machine, Kevin Coyne and also Kevin Ayers.

Post Police Summers has made thirteen solo records, collaborated with numerous musicians and toured the world as a solo artist. In 2006 his autobiography One Train Later was released to great success and was voted the number one music book of the year in the UK. The film Can’t Stand Losing Youbased on the book saw its theatrical release in the U.S. by Cinema Libre in March 2015.

Recent projects include the record Circus Hero with his new band Circa Zero, a tour in Brazil with Rodrigo Santos and a music score for the Turkish film And the Circus Leaves Town. Current photo exhibition have been at the Leica gallery in Los Angeles, Licht gallery in Shanghai, the Photokina gallery in Cologne, Germany. Upcoming photography exhibitions are scheduled in Sao Paulo Brazil and Rio de Janeiro with Globo newspaper.

Andy is in the Rock and Roll Hall of Fame, the Guitar Player Hall of Fame, and has the keys to New York City. He was also awarded the Chevalier De L’Ordre Des Arts et Des Lettres by the Ministry of Culture in France. 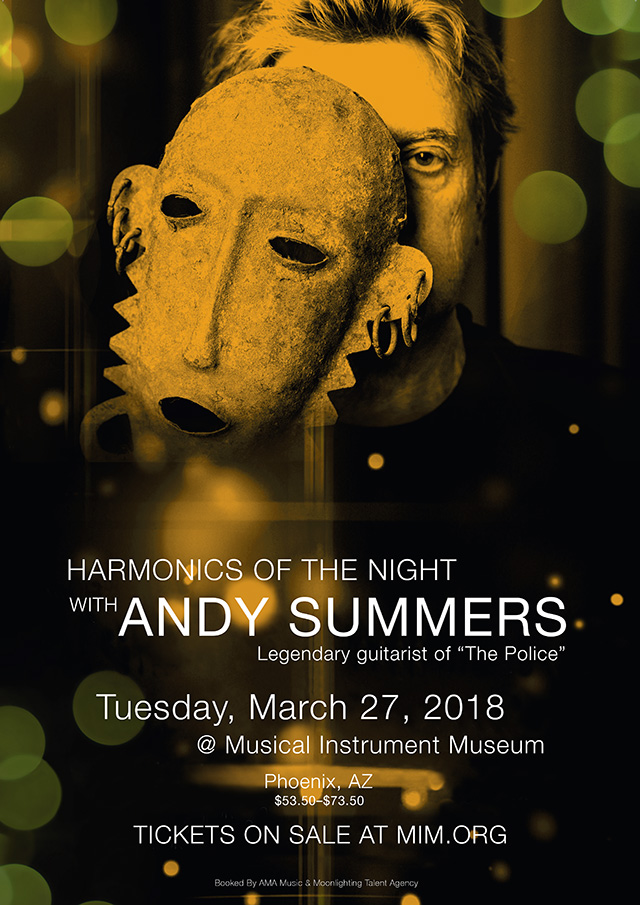