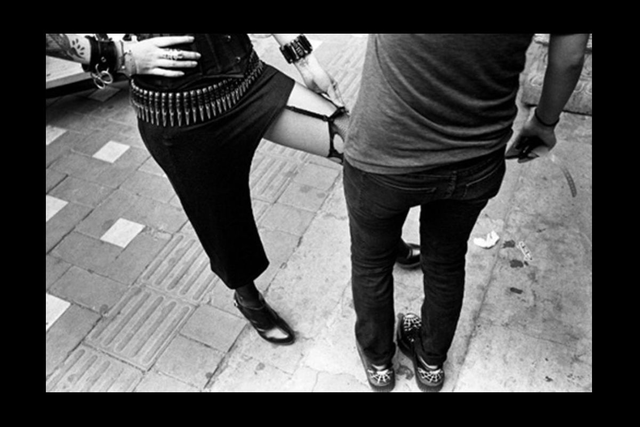 “Andy Summers. A Certain Strangeness, Photographs 1979-2018” at the Pavillon Populaire in Montpellier from February 6th to April 14th, 2019.

After a 2018 season dedicated to history and duty of remembrance, the Pavillon Populaire puts on a new event in 2019 by unveiling the photographic world of Andy Summers, famous guitarist of the mythic rock band The Police. As the first part of the 2019 season, “Andy Summers. A Certain Strangeness, Photographs 1979- 2018” is led by the both curators Gilles Mora and Andy Summers. With about 400 pictures, the exhibition presents mainly unseen images, including some dating back to the tours of The Police. Andy Summers reveals a dense piece of work, a real private diary in form of pictures.

Taking advantage of his coming to Montpellier, the photographer-guitarist will do a live musical performance on Thursday, February 7th, at 8 p.m. in the Corum.

In the course of the exhibition, we discover how the artist’s technique sharpens, his pictures becoming less urgent as he acquires precision, rationality and takes distance with his fame as a member of the rock band. His appetite for photography allows an evolution in his relationship with music. His photographs are, for him, a true visual translation of his music.

Andy says, “In those early days with a cameral I must have been looking for some photographic equivalent of the music making experience – that’s what I knew. It was what I could resonate with and as has been stated: “all art aspires to the condition of music”. How do you make music with a camera? How do you get the condition of music into a photograph? It is an interesting question and whether or not my pictures were something like I had seen in the photo books of the great photographers or if I was just grabbing something in the street on impulse I was being guided by years of trying to make something that qualified as music.”

Following this analysis, he choose to take inspiration from renowned photographers such as Henri Cartier-Bresson, Brassaï, and Ralph Gibson to work on balance, angles, graphic quality, depth of field and to correct the technical errors of his beginnings.

His encounter with Ralph Gibson was a key moment for him to make his relationship with photography evolve for good. Andy Summers describes his impressions as follow: “This made for a very different composing process. I began to slow down – shooting one picture at a time mostly using a 50mm lens. I was coming into a new way of being with a camera, a different mode of gazing, and with it black and white film – the powerful cinema I had loved as a teenager, the films of Truffaut, the photographs of Cartier Bresson; all reconciled and united through the agency of a Leica.”

“Andy Summers. A Certain Strangeness, Photographs 1979-2018”, an exhibition created for the Pavillon Populaire in Montpellier, is the first retrospective dedicated to the musician and photographer and realized in close collaboration with the artist. It will be launched during 2019 summer in Netherlands, at the Maastricht Bonnefantenmuseum, an Ancient and Contemporary Art museum.